HE DID IT AGAIN

I don't know if he has a small throat or if he's just careless when he eats but Tom pulled his stunt of choking at our evening meal tonight.

He's  done it a few times during our marriage, once on some Tom thumb drop sweets and again while eating fish and chips where the vinegar went down the wrong hole.

If you have ever witnessed anyone choking you will know what it's like to watch.

With Tom's lungs being pretty useless anyway doing the Heimlich Maneuver isn't really an option as I would probably kill him so I banged on his back and felt like a headless chicken not knowing quite what to do. 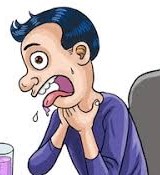 Luckily he finally managed to take a breath but I was in pieces I can tell you.

We are both sitting here now with a large Gin and Tonic trying to relax.

Life throws some situations at us doesn't it and always when we least expect them. 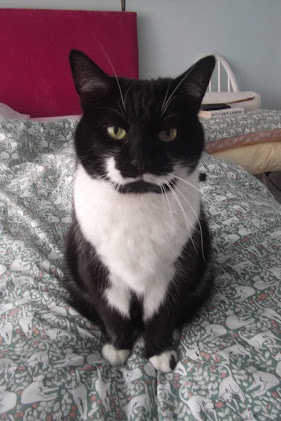 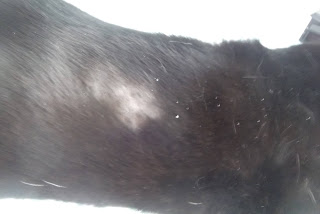 So she now has a bit of a bare patch, lol
It took a couple more days gently cutting bits out from around her neck that were hard but she's all clear now.
So now there's a dilemma as to how to feed the foxes without feeding the slugs.
I think I shall put it on the top of the wall and hope the Ginger cat stays away.
Never a dull moment with these cats but wouldn't be without them.
Posted by crafty cat corner at 11:33 13 comments:

I said I wouldn't make another fox but then it struck me that maybe I could adjust the pattern to make a tiny cat.

And so I tried it and made a tiny head.

Now I just have to make the body and adjust the tail. 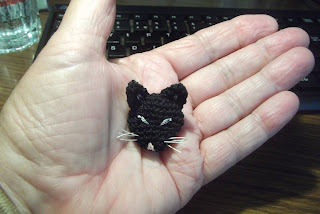 I'm not entirely happy with the eyes but they will have to do.

THE TWO OF THEM.

Finished and united with his big brother.

Mr tiny fox just needs the brooch bit on the back if he is to be used as a brooch, but I think he will just sit on the shelf. 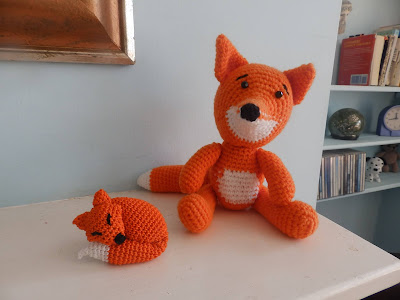 FOXY READY FOR SEWING UP

Foxy is finished and ready for sewing up.  I won't be making another one of these in the near future, my eyes were out on organ stops even with the magnifier, lol 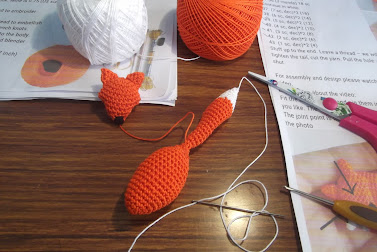 Still, he's turned out really cute and I'm pleased.
In the past things haven't always turned out and have ended up in the bin.
Will show when he's finished.
Yesterday we went out to get a cup of coffee just to a break up the day.
Waitrose cafe has not reopened since the thingy so we went to Sainsbury.  Oh no, that was closed as well , apparently the numbers went up?
So we saved a bit of cash and went home.
I'm getting to the point where I don't even want to go out.
The whole atmosphere everywhere is doom and gloom.
People peering over their masks, so many rules and regulations to follow, it's easier to stay in and do our jigsaws.
So after foxy is sewn up that's what I'm doing today.
x
Posted by crafty cat corner at 11:19 23 comments:

With five cats in the house it's inevitable that there is sometimes the odd spatt or two.
I can't say that any one of them are worse than the others, they all take their turn at it.

When the hissing or growling starts we shout the aggressors name very firmly but it seems that with old age they are all a little deaf other than when you call them for their food.

So I have decided to make a load of crochet balls and place them strategically around the rooms as ammunition for stopping things before they get out of hand.

1 soft crochet ball on the boko should put an end to it and peace will be restored. 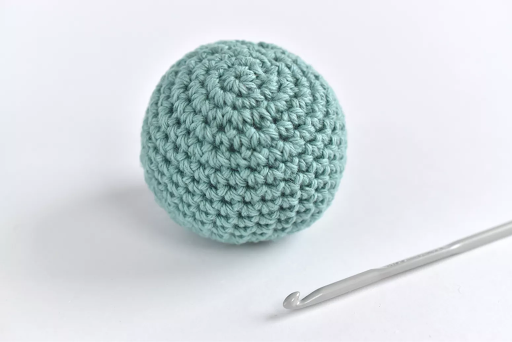 p.s.   We have an appointment at the pharmacy for mid oct, thank you for all of your suggestions. 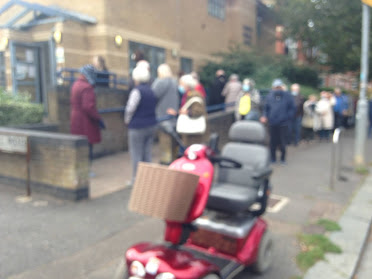 Thousands of people are at this moment unable to get a face to face appointment, see a consultant, get treatment or have an operation because of the Coronavirus.

HOW IS IT THEN

That my daughter who works for BUPA and therefore gets free health cover has been able to see a consultant within 3 weeks and have her tonsils out 1 week later???

DOES THE CORONAVIRUS NOT AFFECT PRIVATE HEALTH CARE?

I'm pleased that she is able to get her problem sorted out but hopping mad at the same time. 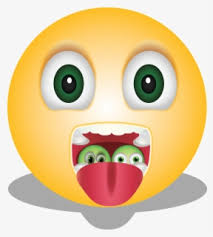 Yesterday we decided to go shopping in the evening, this avoids queuing and there are less people.

I despair at what is happening to people over this virus.

I see from my window people taking detours out into the road to avoid walking close to others and last night in the supermarket an old lady queuing at the till in front of us was told off by the person in front and asked to move back.

This lady was in fact well within the distance but the person still wanted her further away.

She turned to us in a quite distressed state saying that she was the correct distance away and I know that this will have affected this old lady for the rest of the evening and possibly again when she shops.

The complainer then carried it on and complained to the cashier who I'm pleased to say remained neutral.

What on earth is happening to us all?

There will no doubt always be complainers but this lady struck me as the kind who would pick up the phone and snitch. Another wonderful suggestion from the government.

p.s.   I notice the shelves were very short  again as people are 'stocking' up.

I FEEL A FOX COMING ON.

I'm getting my creative side back again thank goodness.
I feel so much better when I'm making something, anything will do, lol
Why I can't realise this when I'm in the doldrums I don't know, just not thinking  clearly I guess. 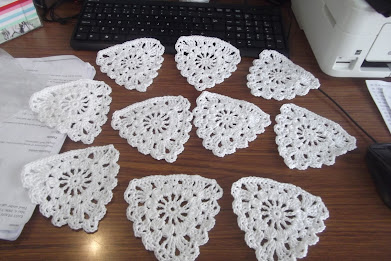 I now have 10 crochet bunting flags finished so just need to join them together and add the tassels.
But, true to form I have started another project (maybe this is why I get in a pickle, maybe I should do one thing at a time, lol)
This new crochet project is a tiny fox brooch. 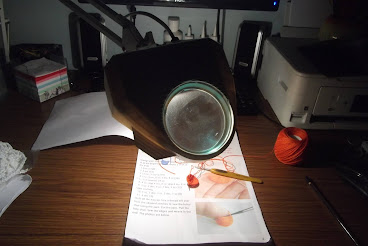 I went up to bed the other night and decided that I wasn't tired so started the little fox.
Don't look at the dust on the magnifier, it's since been dusted, thought my eyes had deteriorated for a moment, lol 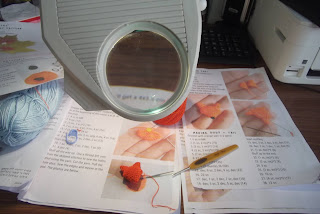 There we are, all dusted and clear nd working with it in the daytime.
I need this magnifier and my reading glassed at the same time to work on this as it is so tiny.
I'm using DMC Cebelia No10 cotton and a size 1.75 hook. 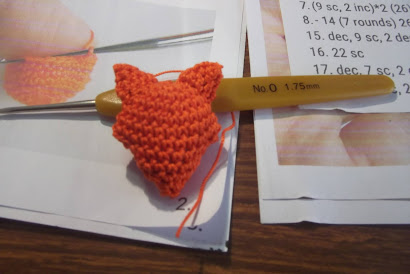 Here is his little head complete with ears. We won't talk about how fiddly the ears were but suffice to say I will only be making one of these brooches. 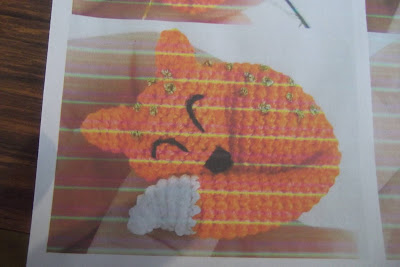 This is how he will look when finished.
I think my printer is running out of ink as there are lines on the photocopy but you can get an idea.
Cute isn't he?
Posted by crafty cat corner at 12:02 17 comments: