Bijou garden has had a bit of a makeover, I'm not sure why we haven't thought of doing this before but we decided to create a sqaure of soil in which to plant a tree and a few perennials.
Willow is back to her old self again after the urine infection, and thanks to all of you who wished her well, it is appreciated. As you can see she has got herself into the picture.
We marked our roughly the size we wanted and Tom made a start breaking up the concrete,  Well, he did try but at 75 the muscles and strength are just not as they were and we would probably have got the job done about Christmas, that is if he wasn't hospitalized. lol

So we mentioned it to the Polish foreman next door on the (still going on) conversion and he said he would send in a man with the right tools to get the job done.
Here you can see Tom practicing for the OAP olympics, lol and the line marked out.  Then they drilled the concrete out and laid a small wall for us.
I think they felt we had suffered enough and it was a way to compensate for all the dirt and distress we've been putting up with. 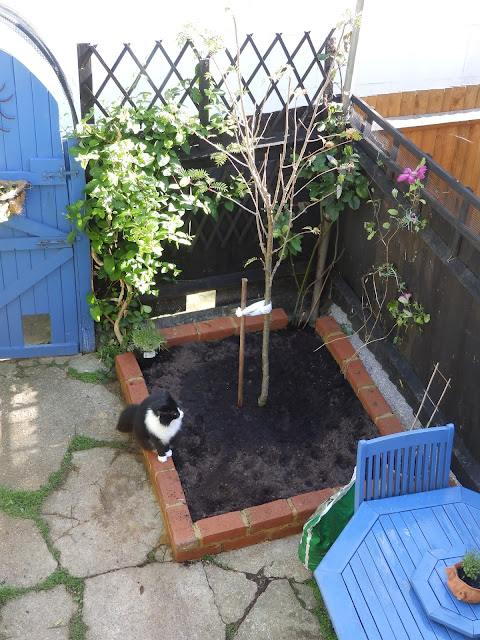 We chose a Rowan tree  and of course there was a photo bomber as always. 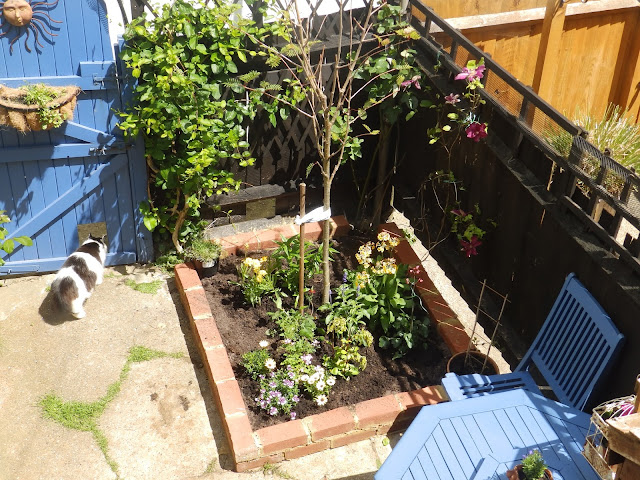 And yet another photo bomber, and a few perennials planted.
We have a few more to buy but we're really pleased with it.
Posted by crafty cat corner at 12:04