Mr T is at it again with the crochet hook, he's making a little dog.
The last thing he made were the cushion covers back in June 2013,
Can't believe it was that long ago.. 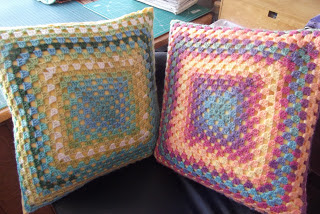 I don't know if you remember these?
In between he's been doing his tapestry and jiggy's  but he's decided to start a bit of crochet again and has chosen a little dog. 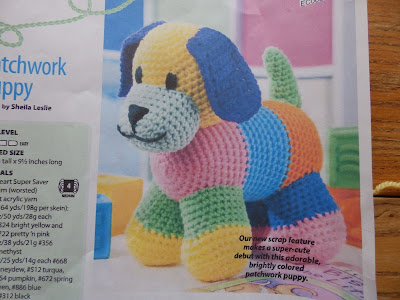 I'm sure our youngest grand daughter will like it and won't mind if its a bit wonky as it's his first attempt a a figure. 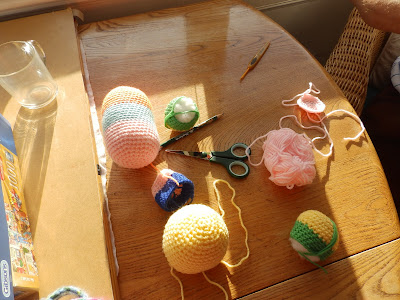 Here's the body, head and a couple of legs 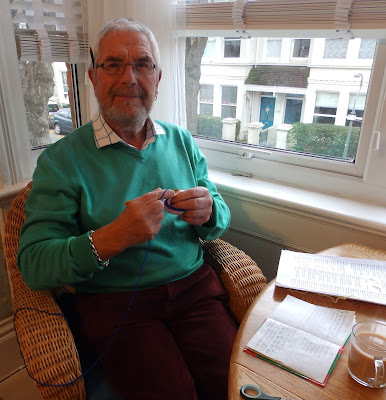 And here's my man saying hello... 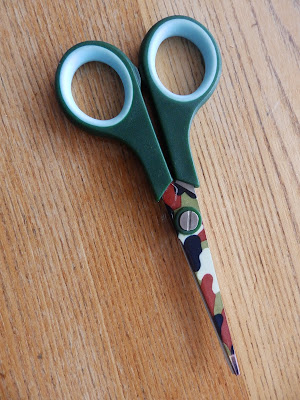 And here's his manly camouflage scissors. lol
Will post when it's finished.