Thankfully we seem to be over the worst of the lurgy, just a cough here and there but feeling so much better, we really do not want that any time soon, ugh...

Having 5 cats gives you an insight into the different characters inside each of these little monkeys.
When you only have one cat you don't get to compare like with a group.

Each of them has their own little personalities and far from being just cats they are clever and know exactly what they are doing. 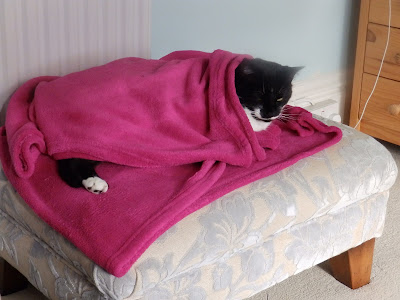 Princess is a burrower, the only one of the five that does this.
Any folded throw, blanket or duvet will do and she will keep nudging at it until she makes a tunnel that she can creep into and settle.
Here she is encased in the pink fleece throw.  I promise I did not put her there even thought it looks like I did. 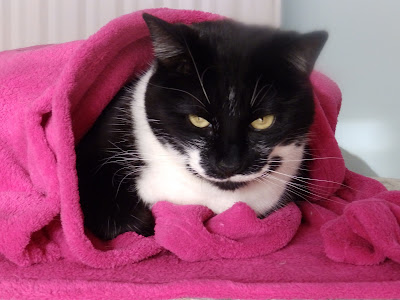 Still with as mean a face as usual, she dares any of the other to come near, lol