I was reading an article this morning on the east end of London and the writer was mentioning coloured cigarettes that his Mum used to smoke.
This got me thinking about my Mum and Dad and Brother who all used to smoke. 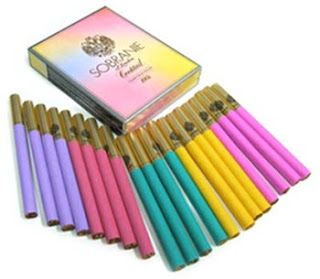 These are the coloured ones, looking really harmless and fun but of course they were lethel like all cigarettes.
Tom remembers having to deliver 100 of these each week on his paper round to a lady on the route.
I don't think children would be expected to do this now. 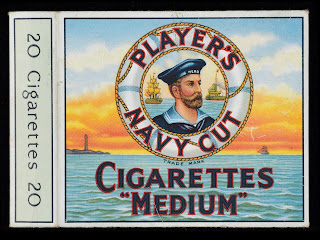 These Player's Navy Cut were my Dad's choice and he used to almost eat them.
I wonder how I survived as in the winter the room was completely fogged with cigarette smoke but we took no notice of it.
I might add that Dad died at a young age probably due to the cigarettes. 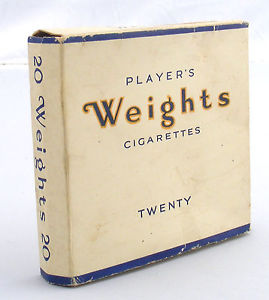 Weights were my Mums favourite and she would get me to go over the shop to buy them for her.  I can see her with one in her mouth while she did the housework and only taking it out to tap the long ash end off .
Again they did her no good at all as she suffered from lung problems in later life all due to the smoking. 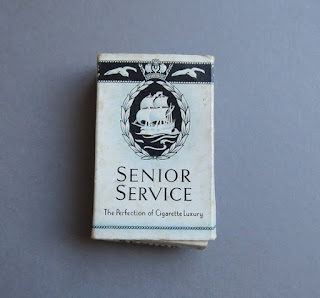 Lastly we have the Senior Service.  These were my Brothers choice.
He had a triple bypass in his 60's most probably not helped by the fact that he smoked like a chimney.

Thankfully, even though I lived in a house full of smokers I have never been drawn to the habit.  I tried it when I was about 16 once, but never again and Tom stopped smoking years ago.

There, a post on cigarettes all bought on by reading about the east end and coloured cigs. lol
Posted by crafty cat corner at 08:27