Recently I bought some Toile de Jouy quilted bedspreads.  These bedspreads were a little too wide and so I cut them to fit as I wanted.  The left over pieces were made into small squares to put on the end of each bed as the cats like to sleep on the ends of the beds during the day ( and night, much to our annoyance, but we're to stupid to push them off ) 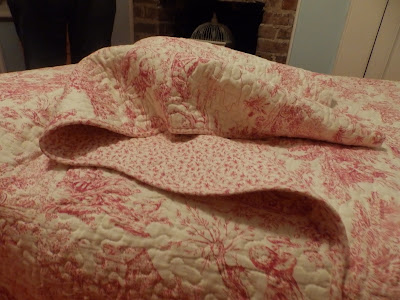 It clearly didn't work did it?
Princess decided to wrap herself up in it. 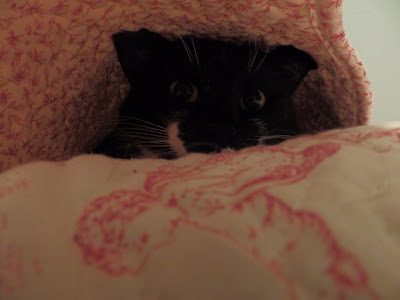 Here's a  peek at her looking a bit annoyed when I moved the cover to take the photo. 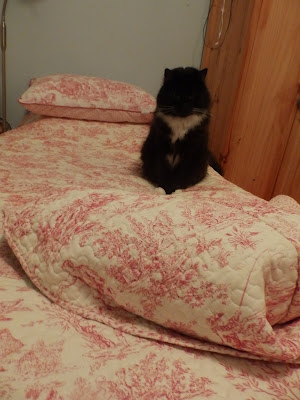 Rupert wondering wether to pounce on the lump in the bed.

I bought the bedspreads to cover the duvet's to keep them clean, then made the squares to keep the bedspreads clean, I think I'm going mad.......
What I need is paper duvet covers that I can throw away every couple of weeks.  Problem solved.
Posted by crafty cat corner at 17:25