Just recently there's been a few things going on to stop me from blogging, mostly health issues and general lethargy.
Tom had  a bout of Phlebitis and we were obliged to go to the Hospital, this resulted in us both catching the Norovirus and 2 days later Tom was feeling sick and didn't eat much for a couple of days but it then hit me much worse and I can honestly say that I have never felt so ill.
I can't remember being sick for years and when both ends go at the same time its no laugh I can tell you.
There's a moral here. When you go to hospital, wash, wash and wash your hands, I wouldn't wish this virus on my worst enemy.
It took me a couple of weeks to feel okay but thankfully alls well now and I'm back in the craft room.

This is the new project, its nearly finished but I thought I would share how I made it if you fancy having a go. 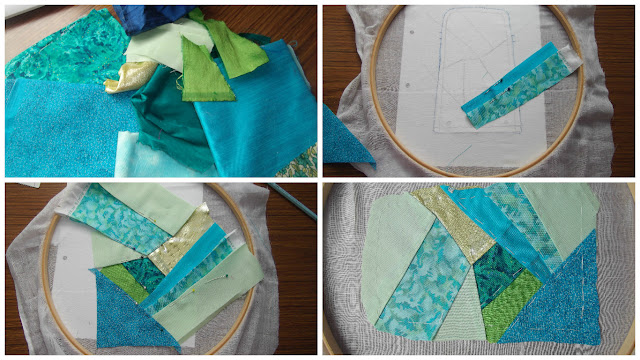 First I sorted out the colours I wanted to use, this is a sea themed picture so the colours were greens and blues.
I draw the shapes onto the paper and place it under the muslin so that I can see where to place the patches.
Then tack them in place ready for the embellishing.
This is a good tutorial if you want have a go at a clasp purse.
http://flutterkat.com/2013/10/framed-purse-tutorial/ 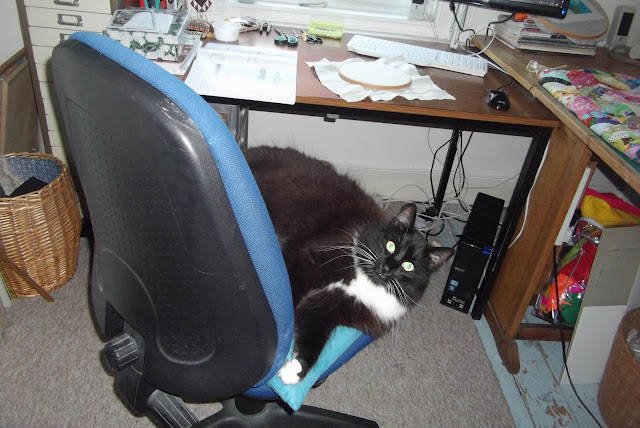 Then hope you don't have to deal with a distraction like this.  Rupert took a liking to my chair while it was vacant. 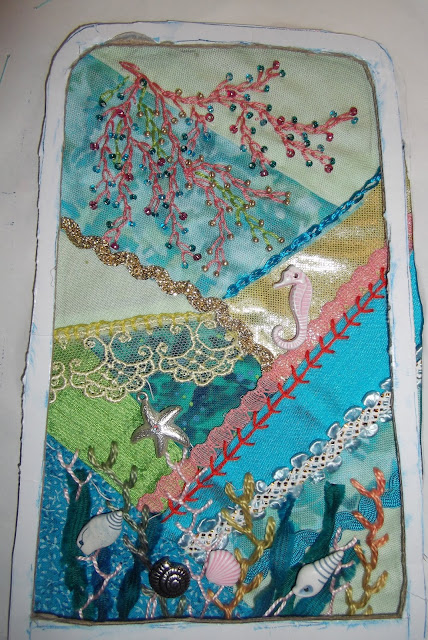 Here's the front of the case almost finished..
I'veplace the shells etc in place but may change them later. 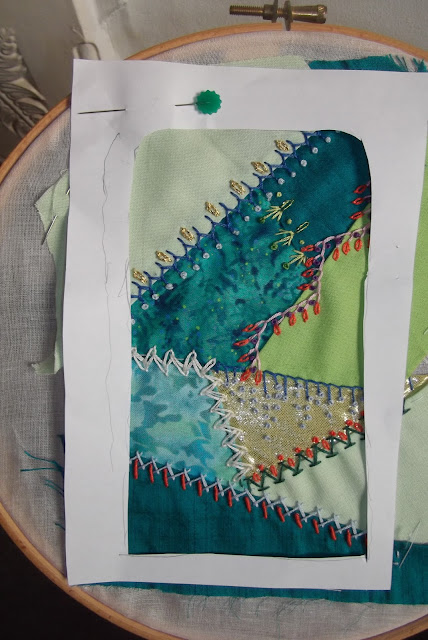 And here is the back, I've just worked the seams on the back and not added beads etc.
Now to fit it altogether and hope it goes into the frame okay.
This is my first attempt at making a frame purse but if it all goes well I shall be making more.
Being small they don't take too long to make and that's ideal for a butterfly brain like mine.

Thankyou for all the comments on Tom's elephant and his next project is finishing and Ehrman Tapestry that has also been on the go for some time.
By the way, he liked the name Eddie.
Posted by crafty cat corner at 10:52