SUNDAY MORNING STROLL ON THE PIER

Woke up to a beautiful blue sky and lots of sunshine and decided to take a walk on the Brighton Palace Pier.  Caught the bus down as the cost of parking on the seafront is ridiculous. 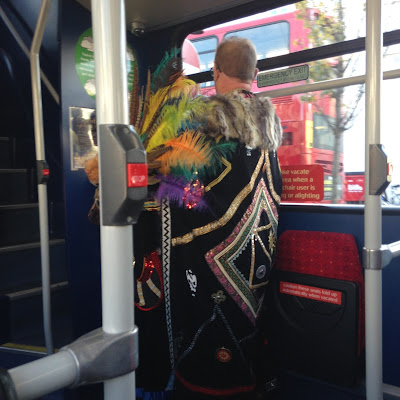 Here's a surprise, a couple all dressed up for some kind of do, shame I couldn't get a better picture as the headress had a tigers head on it, no worries, it was only a toy one. 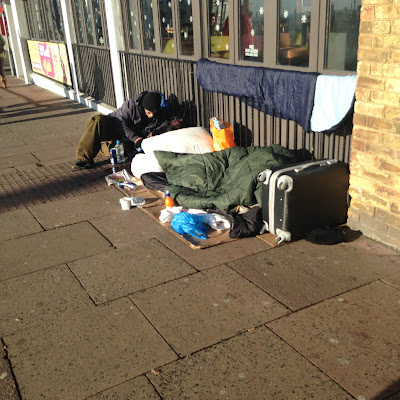 Next sight was an all too familiar one here in Brighton, a homeless man and all of his belongings.

Here in Brighton I'm ashamed to say that we have one of the highest numbers of homeless people living on the streets.
I look back to when I was a child a cannot remember this kind of thing, just the odd tramp.
Surely it need not be... 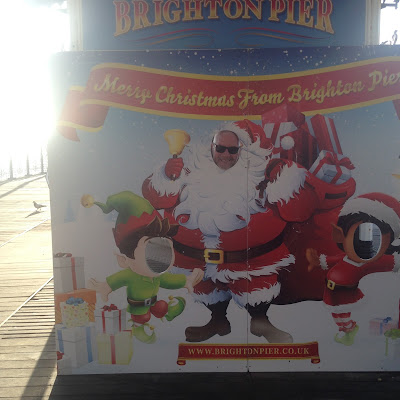 On to the pier and someone had to stick his head in the santa board. lol 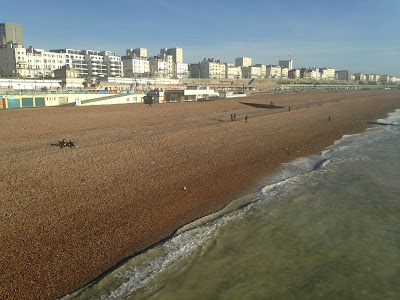 view from about half way along the pier looking back to the seafront houses and hotel. 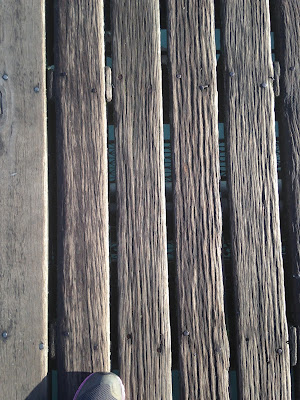 Had to take a snap of the slats on the pier,  they hold memories for me and by the looks of them they
are the same one's that I walked on as a child.
I used to be so frightened looking through the slats at the sea below.
Later I was only frightened of pulling my stilleto heel off of my shoe, haha 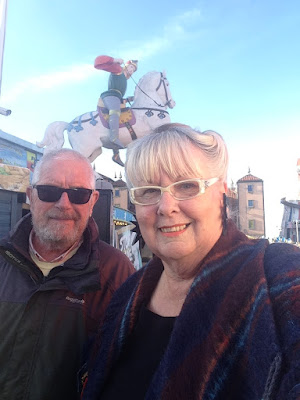 Here's what a selfie looks like of a couple of pensioners with a horse coming out of their heads.

By the time we got back home I needed a couple of Ibuprofens and a cup of tea for my poor old hip but it was a bit of much needed exercise and enjoyable.