Peace reigns supreme once again here  but only for a short time as Tom has another wedding this weekend.
Thanks for all the comments and I'm sure Celeste probably didn't notice my appearance but I'll be prepared next time. lol

Today was the day for doing the laundry, not that we keep to any special day, just when we have enough to bother.  We take it to the local launderette and go next door to Smallbatch and have a coffee while it is washing.
This got me thinking about how times have changed since we were married in 1964.
We have never owned a washing machine and still don't to this day.
This may surprise most people as it is standard now to own one.
As we live in a Maisonette we have a flat underneath us and leaks etc would be a worry, also we would have to take out some kind of Insurance and that is against my beliefs. lol 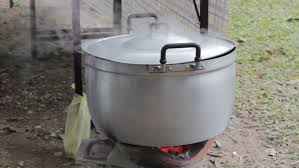 Years ago in the sixties I had one of these for boiling my nappies and used to put it on the cooker top to boil them white.
Not quite on an open fire in the garden, lol
This was very effective and I hung out a lovely line of nappies on the line to dry, something you rarely see now.
Other washing including bedding was done in the sink by hand.
I must have had muscles like popeye then as it was a hard job lifting that bucket full of water and nappies and wringing out sheets etc.
I did have one concession though, a thing called a spinarinse, machine. 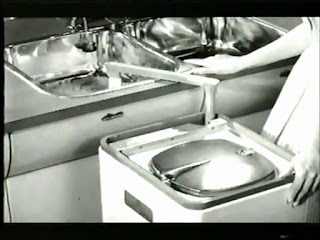 Something like this one in the picture. You could add water to this to rinse the clothes and I thought I was quite modern with this.
There were five of us to wash for but I took it all in my stride and got on with it.
Not sure how some young Mums would cope now without disposable nappies.