Once apon a time there was a beautiful Elm tree standing proud outside of my front window.
I have had the privilege of enjoying this tree for 52 years and know from old photos that it was over 100 years old.
I have watched blue tits nest in the holes of this tree for years and pigeons carefully snapping off the right size twigs for their nests .  I have watched the seeds falling like confetti and filling the gutters in the Spring and seen the faces in the bark of the trunk.
It withstood the Hurricane of 1987. 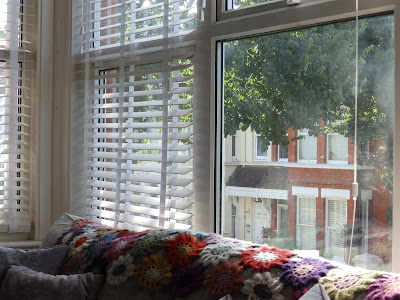 Sadly last week this tree had to be felled as it had contracted Dutch Elm Disease.
For those who are not familiar with this here is a brief synopsis.

The second epidemic of DED which arrived in the UK during the late 1960’s on infected elm logs from North America, had by 1979 killed 25 million mature elms
East Sussex has one of the country's largest populations of mature elms after controls were set up in 1973 to limit the spread of the disease
Unfortunately there is no cure and no way of saving infected trees,
The disease is transmitted by beetles which eat through infected bark and pass on the fungus. It then spreads further from tree to tree through their systems.

But the south coast populations were protected by their positioning between the English Channel and the South Downs.
Withered brown leaves are one of the first signs of Dutch elm disease 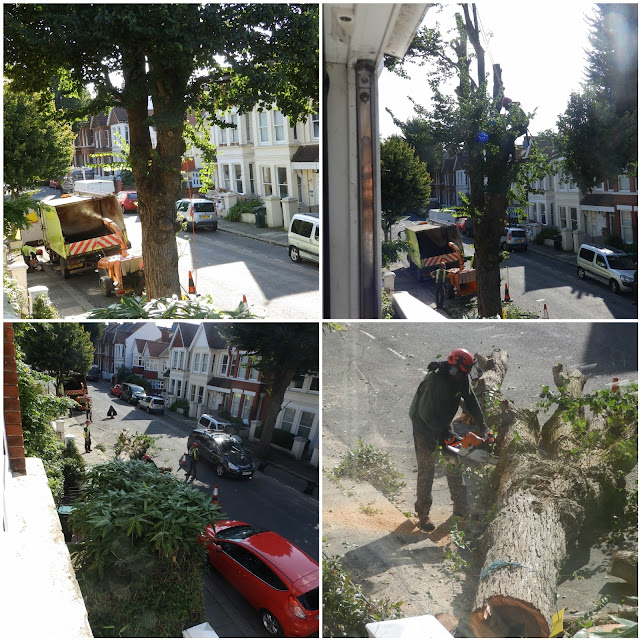 The tree surgeons tried to save it by cutting out the infected parts but in the end it had to go.

I love trees and can't tell you how sad I am to see this tree cut down.
Apparently the council do not have enough money to replace it at the moment so we will just have to walk past the remaining stump ( this has been debarked to stop the spread ) and remember it as it used to be.
If you look closely you can see that the centre of the trunk is dark brown, in fact it had a large hole all the way up where the disease had taken hold. 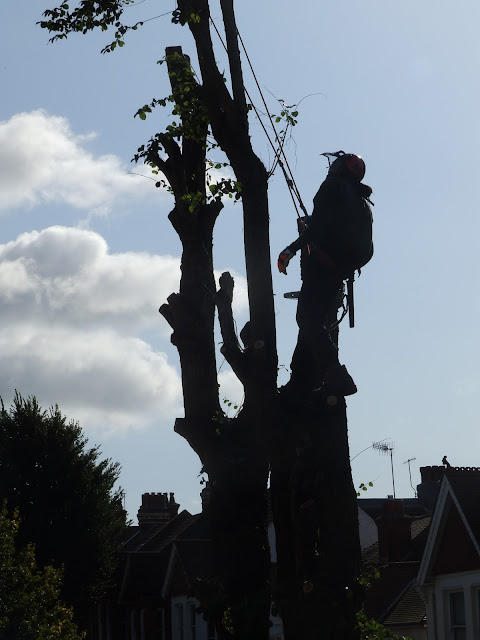