I have finally shifted myself out of the glums to do a post and get on with more of my fabric journal. 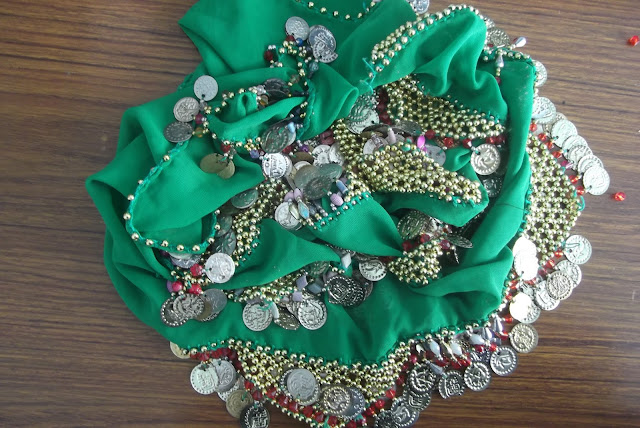 A few weeks / months ago ( who knows the time goes so quickly) I bought this belly dancing thingy at the car boot.
I think you tie it around the hips and it jingles as you dance.  I haven't tried it myself, probably because it wouldn't go aroung my hips, lol
Anyway, the reason for buying it was not to entertain Tom but for the coins and beads, loads of them.
It's been in with the other load of junk goodies until now, I just knew that it would come in handy. 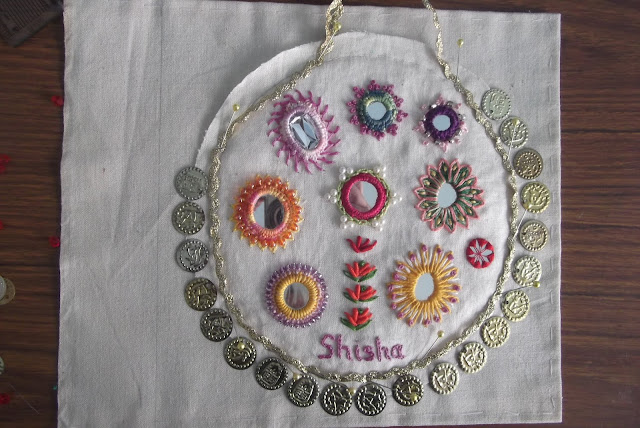 Remember the first lot of shi sha that I worked a while ago, well, I thought I would make a page of it and the coins look good surrounding it.
I haven't stitched them on yet just placed them to see if they were going to fit. 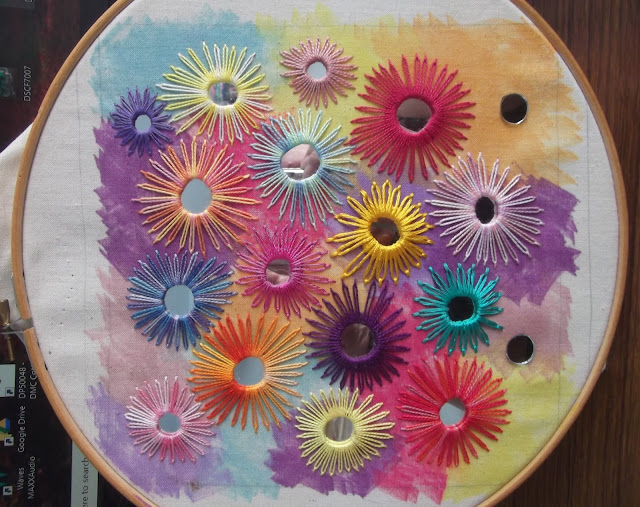 I have also almost completed the daisy shisha flowers on another page.
I am going to fill in between the flowers with beads and sequins I think, but don't hold me to it because I am known to change my mind. lol 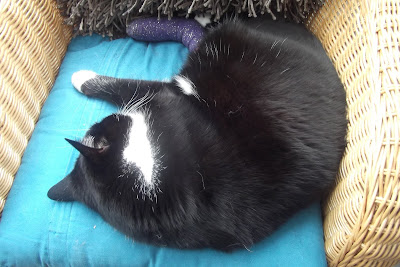 In the meantime, Princess is still stomping around on her glitter leg.
We have to take her back next Friday, that will be 5 weeks since she has had the cast on.
Here's hoping that it will not be much longer.
She's a changed cat, so fed up and missing her feistiness.