Generally speaking I am not a fan of Facebook.

I dabble here and there but Tom is always laughing at something or other or showing me anything that he thinks is relevant.

He has a site that he is often on of the place where he was born and grew up and the other night he asked me if I had a relative called Alfred Brown who lived there as  someone had posted a picture of him with his Grand daughter. 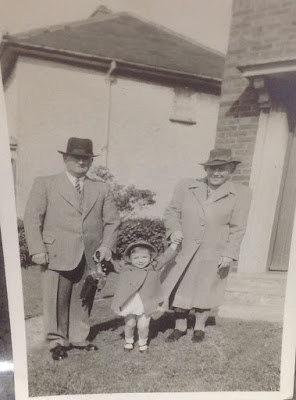 When I looked I was surprised to see my Uncle Alf who was my Dad's brother and so I wrote a message to this person called Jen.

Well, a can of worms was opened and it turned out that she was a relative and had some old photos of my Grandad and his sons, my uncles that she could send to me.

Thus, her Grandad is my Uncle because my Dad was a very late baby as can be seen in the picture. 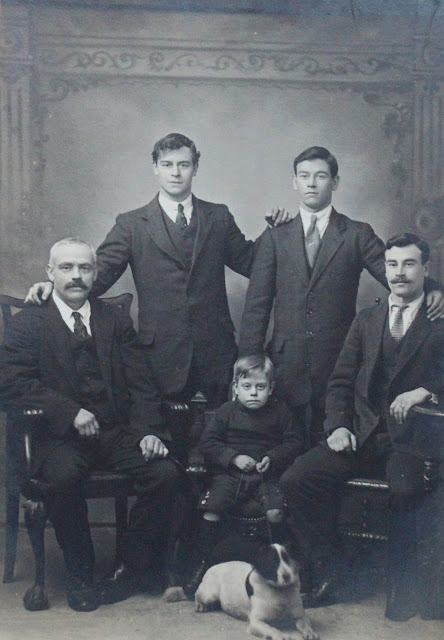 There is my Dad with the dog I remember him calling Nipper with her Grandad third from left.

I don't know why but I got all emotional when I saw this photo and just thought what a good looking bunch they were, although my Dad doesn't look that good does he, lol

I reckon that his photo was taken round about 1915.

I have had several email conversations with this lady and she is going to rake out some more photo's to send to me, can't wait.
Posted by crafty cat corner at 13:04