This year we bought another new fan for the Summer as the old one was getting a bit noisy.

It was still working fine so rather than throw it away I took it to one of the big communal bins by the side of the road and left it in front with a note on for someone else to get some use out of it.

As I went around the bin to put it down, there in front of me was a bread maker that someone had left with the same idea as me. 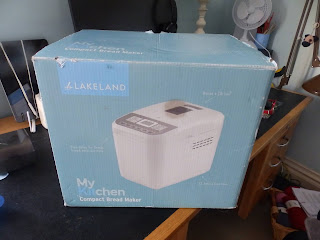 I had no idea if it was working but figured that if it didn't work I would just return it to the bin.
Got it home and found it to be unused and new complete with instructions.  Plugged it in and it beeped.
Good sign, I thought.
So I asked Tom if he fancied being a baker for the afternoon as it was something he could do that wouldn't require much puff and it would make him feel useful. 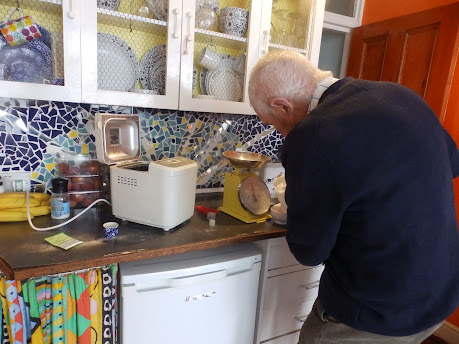 I have had bread makers before but they were great big things and this is quite small in comparison.
Here he is getting to grips with the measurements. 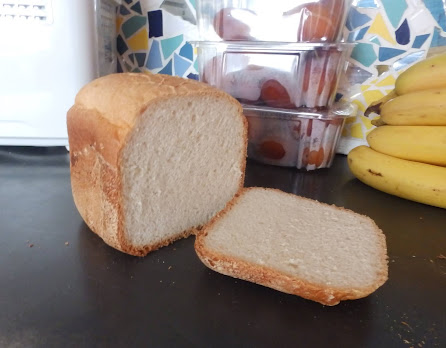 Voila!
One perfect little loaf just big enough for two.
I reckon we will get about 8-10 slices from it.
Had it toasted this morning and it was delicious.
So, it looks like Tom will be kept busy trying various kinds of bread. lol