The other evening the light bulb in Tom's bedroom went but it wasn't a bother because he has a bedside table lamp.

Later in the evening I went out to the back part of the house and found that the bathroom and kitchen lights were not working, the bulb in the bedroom had tripped the switch in the fuse box.

Now, everything in our house is situated in an awkward place and the fuse box is no exception, it is in a cubby hole under the worktop in the kitchen.

This is usually no problem as Tom used to have no trouble getting down to do it, but as he can no longer do these things it was down to me. HA HA

I put a cushion on the floor to kneel on as I know my knees are tender and sort of slumped down onto the cushion.  WOW, my knees were screaming out but I had to try to ignore them. I leant forward to reach for the fuse box but because I was on the cushion it felt like I was tipping forward.

ARE YOU WITH ME SO FAR?

I had to keep one hand on the floor to steady me and use the other to lift the flap and at the same time push up the switch, this I accomplished after several attempts with the knees still screaming. 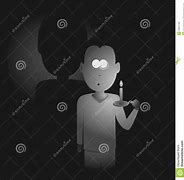 Then came the challenge of getting up.

I edged out of the cubby hole and had to sit back on the floor because of the knees and work out how I was going to get up. lol

I won't bore you with all the details but in the end I shuffled on my bum over to the sofa and sat leaning against it. I put my hands behind me on the seat and hauled myself up onto the edge of the sofa seat.

By this time all my joints were killing me.

Next time the fuse goes it stays gone until one of the kids can come up and do it.

It wasn't until I got older that got the concept of not being able to get up off the floor, I could never understand why before, that was when I was FIT.  Ha Ha.